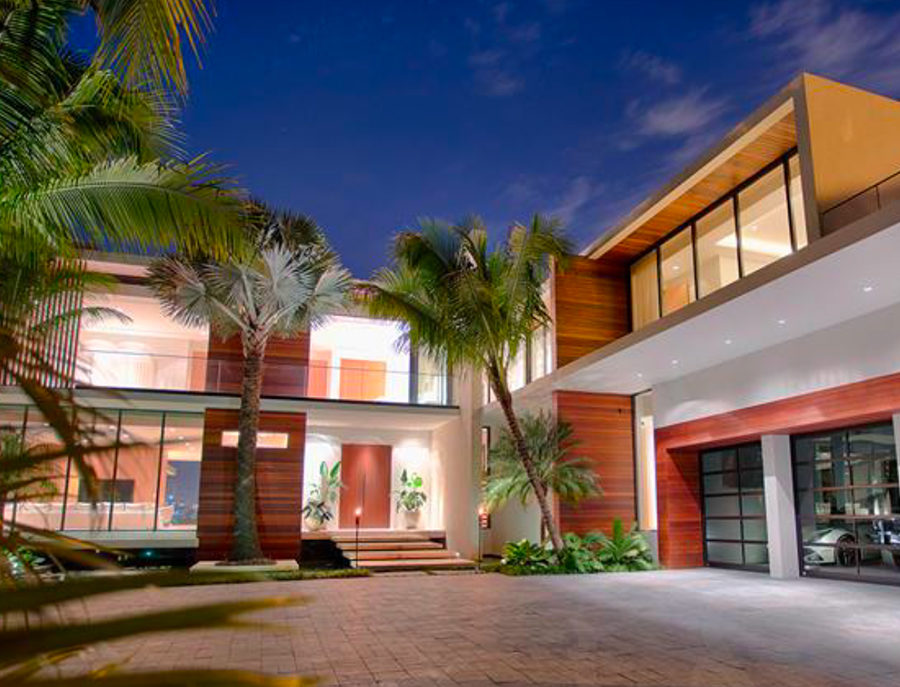 Former Formula One driver — and now spec home developer — Eddie Irvine sold a Hibiscus Island mansion in Miami Beach for $27.75 million, The Real Deal has learned.
Irvine’s Casa Ischia LLC sold the waterfront seven-bedroom, 10,448-squarefoot mansion at 428 South Hibiscus Drive to an undisclosed buyer. The deal closed on Tuesday, listing agent Julian Johnston said.
It hit the market in 2016, before it was built, for $30 million, going on and off the market since then. Johnston, owner of Calibre International Realty, represented the seller. Lino Morejon brought the buyer.

Casa Ischia paid $5.2 million for the 18,375-square-foot lot in 2012, according to property records. The mansion, built in 2017, has 145 feet of water frontage, and includes a three-car garage, a pool, dock and cabana. It features wood floors, and floor-to-ceiling glass doors that open to the waterfront. Choeff Levy Fischman designed the house.
Irvine, who quit racing in 2002, was a runner-up in the 1999 Formula One championship and won about 26 races over the course of his career. He later became a spec home developer in Miami Beach. Last year, he sold the 7,300-square-foot spec home at 126 West San Marino Drive for more than $17 million. In 2015, his company sold a spec house at 1142 North Venetian Drive for $10.5 million.

Irvine also owns Eddie Irvine Sports, an indoor sports center in northern Ireland, according to the company’s website.
Jay-Z, Drake and other celebrities stayed in the Hibiscus Island house, Johnston said. He said Irvine “held out for the price he wanted,” rejecting lower offers in recent months.
About a dozen homes priced above $5 million have sold so far this year in Miami Beach, with a cluster of them closing at the start of the year. Sellers and brokers attribute that in large part to the December 2017 federal tax overhaul, which limited the ability of taxpayers to deduct state and local taxes — dubbed SALT — from their income in 2018.