1,000 Americans move to Florida EVERY DAY 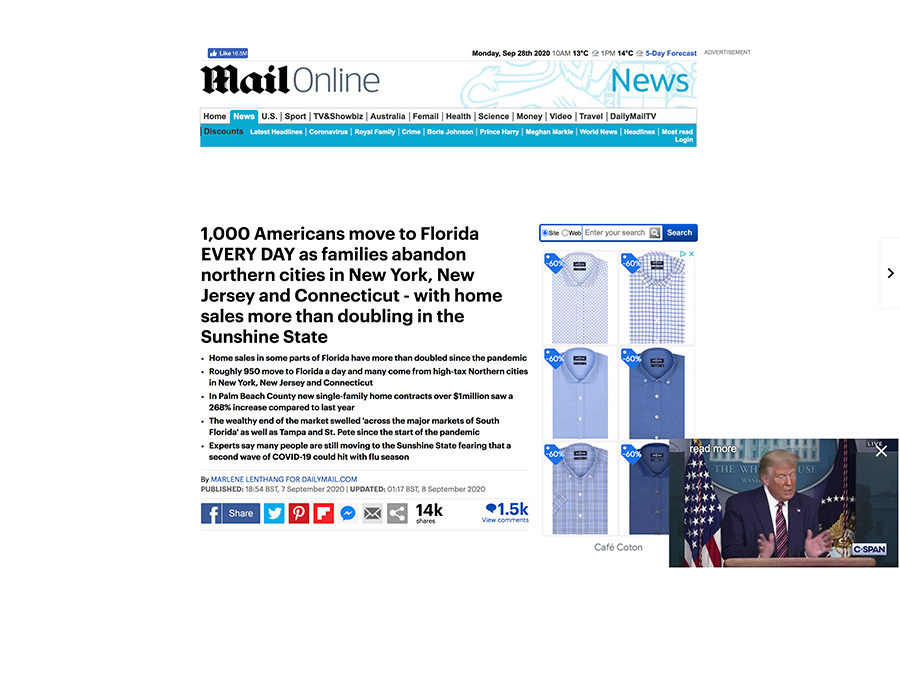 1,000 Americans move to Florida EVERY DAY as families abandon northern cities in New York, New Jersey and Connecticut – with home sales more than doubling in the Sunshine State

Roughly 950 people move to Florida every day and the state has seen ‘unprecedented demand’ and an uptick in luxury home sales as people in northern states flee large cities amid the pandemic for more space and sunnier shores.

The influx in new residents comes as the coronavirus shutdown led families to flee congested cities and seek short-term stays that turned into permanent moves.

The 2020 Miami Report released this summer states that an average of 950 people move to Florida every day and a majority come from high-taxed areas like New York, Boston, California and Chicago, according to the New York Times.

According to the Douglas Elliman August report, new contracts for single-family homes and condominiums doubled in July and continue to rise in five south and central west coast Florida counties.

In Palm Beach County, new single-family and condo contracts are well above normal levels from a year ago, seeing a 268 percent increase in single-family contracts over $1million.