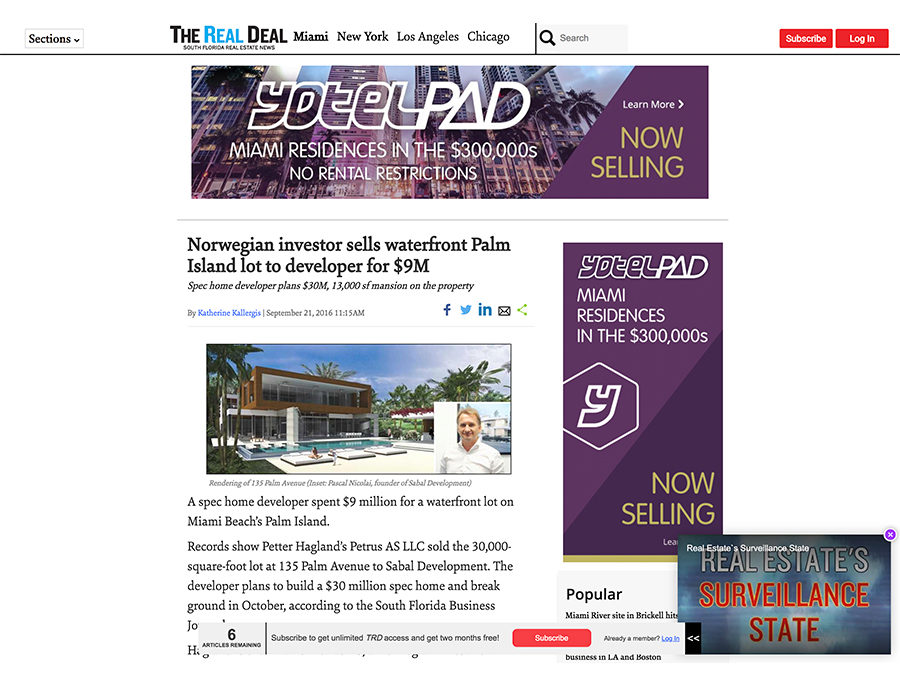 Records show Petter Hagland’s Petrus AS LLC sold the 30,000-square-foot lot at 135 Palm Avenue to Sabal Development. The developer plans to build a $30 million spec home and break ground in October, according to the South Florida Business Journal.

Hagland is chairman of Petrus AS, a Norwegian investment firm. His LLC paid $9.4 million for the property in 2014, which marks a loss for Hagland. He demolished the house that was previously on the lot the following April, records show.

The property was listed for sale with Prestige Realty Group for $9.7 million and came with plans for a 13,000-square-foot mansion designed by Giorgio Balli and TOGU Architecture. It was first listed in December for $12 million.

Earlier this year, spec home developer Peter Fine abandoned his plans to build a similarly sized home at 158 Palm Avenue and put the lot up for sale at $8.45 million. It’s since been reduced to $6.95 million.