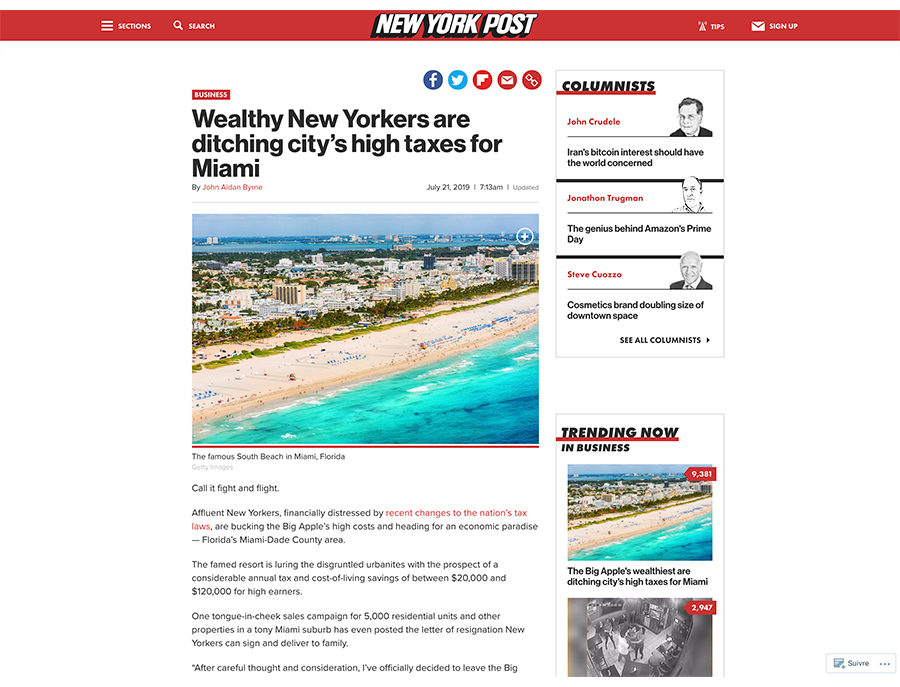 The famed resort is luring the disgruntled urbanites with the prospect of a considerable annual tax and cost-of-living savings of between $20,000 and $120,000 for high earners.

One tongue-in-cheek sales campaign for 5,000 residential units and other properties in a tony Miami suburb has even posted the letter of resignation New Yorkers can sign and deliver to family.

“After careful thought and consideration, I’ve officially decided to leave the Big Apple to move to the true apple of my eye: Downtown Doral in Florida,” states the boilerplate letter on the Unhappy New Yorkers website of Downtown Doral.

The federal Tax Cuts and Jobs Act signed into law in late 2017 brought with it sweeping changes that limited deductions on state and local taxes — with taxpayers particularly hard hit in New York, New Jersey and Connecticut, which are among the states with the highest income and property taxes.

According to US Census Bureau data, Florida had the highest number of migrants from other states, with New York contributing the most — 63,722 people during the 12 months ended in July 2018.